District 96 has a long history of results in leadership development and communication excellence.

We are home to one of the first clubs to be established outside of the United States. Meeting in the Yukon and part of British Columbia, we have approximately 2,700 member (alongside District 21 which is south of the Fraser River). Toastmasters International is broken down into 14 regions around the world, with several districts in each Region.  District 96 is in Region 1 - which covers western North America, from northern California and Utah, British Columbia and the Yukon to Alaska.

We build new clubs and support all clubs in achieving excellence.

Our District receives recognition from the province and many municipalities year after year for the impact Toastmasters has brought to British Columbia. As a result, February is now recognized as Toastmasters month.

There are 7 divisions spanning multiple municipalities within District 96. These include: Vancouver, Burnaby, Tri-Cities area, southern Sunshine Coast, Squamish, Whistler, "everything north of Kamloops in British Columbia” and Whitehorse in the Yukon. Each Division is typically divided into 4 to 6 Areas. Each Area is typically home to 4 to 6 clubs. 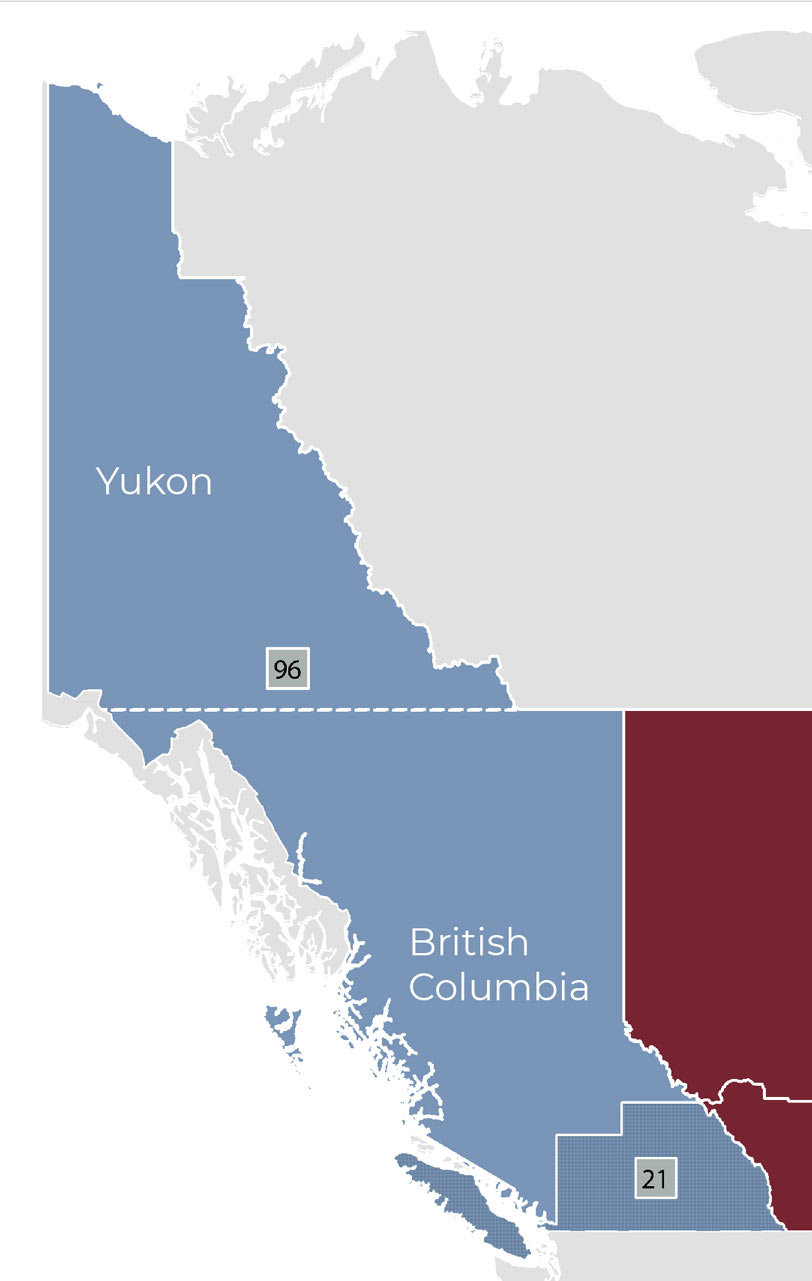